The Queen Creek girls badminton team has finished its regular season and is preparing to head to the state playoffs this weekend.

The team finished 9-5 and ranked no. 13 in Division I, just one spot shy of reaching the team state championship bracket. 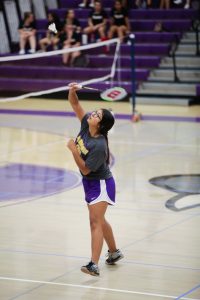 Sophomore Jaye Estrada has advanced in the singles bracket and will play her first round match on Friday, Oct. 25 at Independence High School at 10 a.m. Estrada had an overall regular season record of 16-7 with a 6-6 singles record and a 10-1 doubles record.

Good luck to all of our athletes participating this weekend and check our social media pages for results and updates.