QUEEN CREEK, Ariz.–This fall high school sports season has been different than any other, but the Queen Creek High School girls volleyball team is back in a place where it feels comfortable with a chance to play in the state tournament.

The Bulldog volleyball players have had a tough schedule in 6A, making the switch from 5A just one year after making it into the state championship match for the first time in school history. 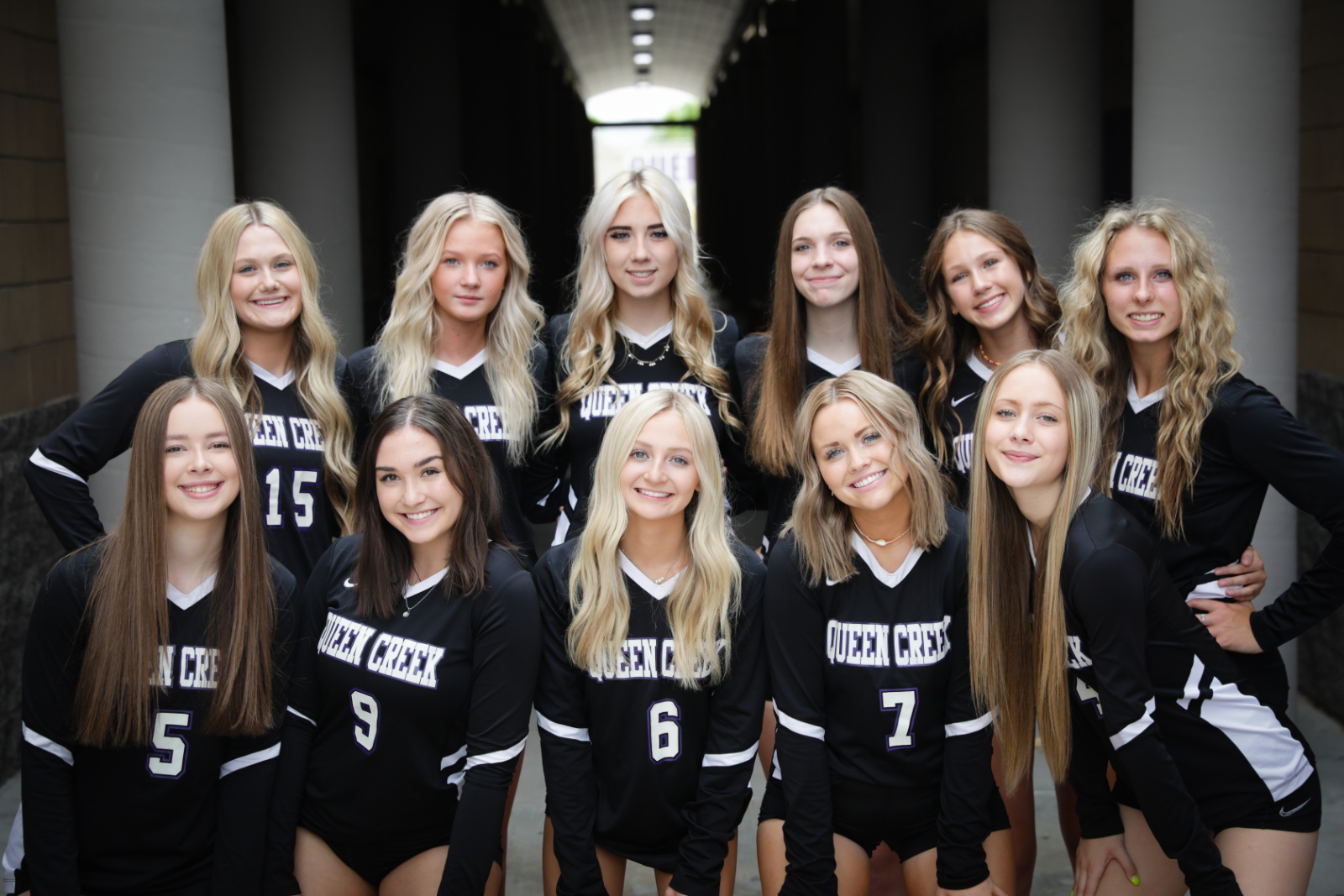 Since head coach Erica Crismon has been at the helm of the girls volleyball program, her teams have showed a great fight in tournament play. Despite tough seasons and schedules, this is year three of three in 6A that the Bulldogs have earned a spot in the 16-team state bracket.

In its first year in 6A, QC earned the no. 9 overall seed and upset the higher-seeded Sandra Day O’Connor in five sets to advance to the quarterfinals.

Last year, the team came into the play-in game as the no. 20 seed and had to defeat no. 13 Mesa to earn a place in the bracket, which they did. As the no. 16- seed in the state bracket, they were beat by no. 1 Perry in the first round, who finished as the runner-up.

This year Coach Crismon hopes her team will continue to show that fight in the state tournament.

“I think, especially since moving up to 6A, we’ve always been the underdog,” said Crismon. “We always tell our girls ‘anything can happen in the tournament’ and I think they really take that to heart and they compete. They know how to compete so it doesn’t matter if we see the no. 1 seed or a team we can beat, we are always going to compete.”

Despite having a losing record at 7-8 on the season, Queen Creek ended the regular season with a no. 14 ranking. Nine of its 15 games were played against higher ranked teams and four of those were in the top-5 all season.

QC defeated Tucson in straight sets in the play-in game and with one higher-seeded loss in the play-ins earned the no. 13 seed to play no. 4 Mountain View (Mesa) on Saturday night.

The girls volleyball team will rely on the experience and strength of its six seniors in the tournament.

Senior outside hitter Jada Wilson leads the team offensively in kills with 503 on the season. The Dogs will also rely on their strength in serving and are led in aces by seniors Klair Grimmer and Jaden Drollinger, with 35 and 27, respectively.

Crismon said this group of seniors is a special one and she will miss them after this season.

“I’m not ready to let this group go,” said Crismon. “It’s going to hurt because they mean a lot to our program. They each have their own unique role that they each do so well and it’s going to be really hard to replace them. But at the same time, going into a state tournament, I know each one of them are going to do their role exactly the way we need so we can play the way we need to play, so I’m excited for that.”

The team will travel to Mountain View (Mesa) for a match start of 6:30 p.m. and a chance to advance to the state quarterfinals on Tuesday.