QUEEN CREEK, Ariz.—The girls soccer team is looking forward to its home opener in a season filled with adversity under a new head coach.

After being allowed by the AIA to continue winter athletics, the girls soccer team played in its first two games last week, falling to Red Mountain 3-2 and then beating Dobson 8-0. The Bulldogs will play Corona del Sol today in their home and region opener.

New head coach, Justin Bogus, said the uncertainty of this season has been tough for his players, but they are grateful to finally be able to play.

“Having the season get pushed back, cancelled and then rescheduled has caused a lot of uncertainty at times,” said Bogus. “As a program, we did our best to stay focused and improve one day at a time. The technical and tactical aspect of training and matches is the same. As coaches, we consistently monitor and ask about our players’ health. The health and safety of our student athletes has always been my top priority.” 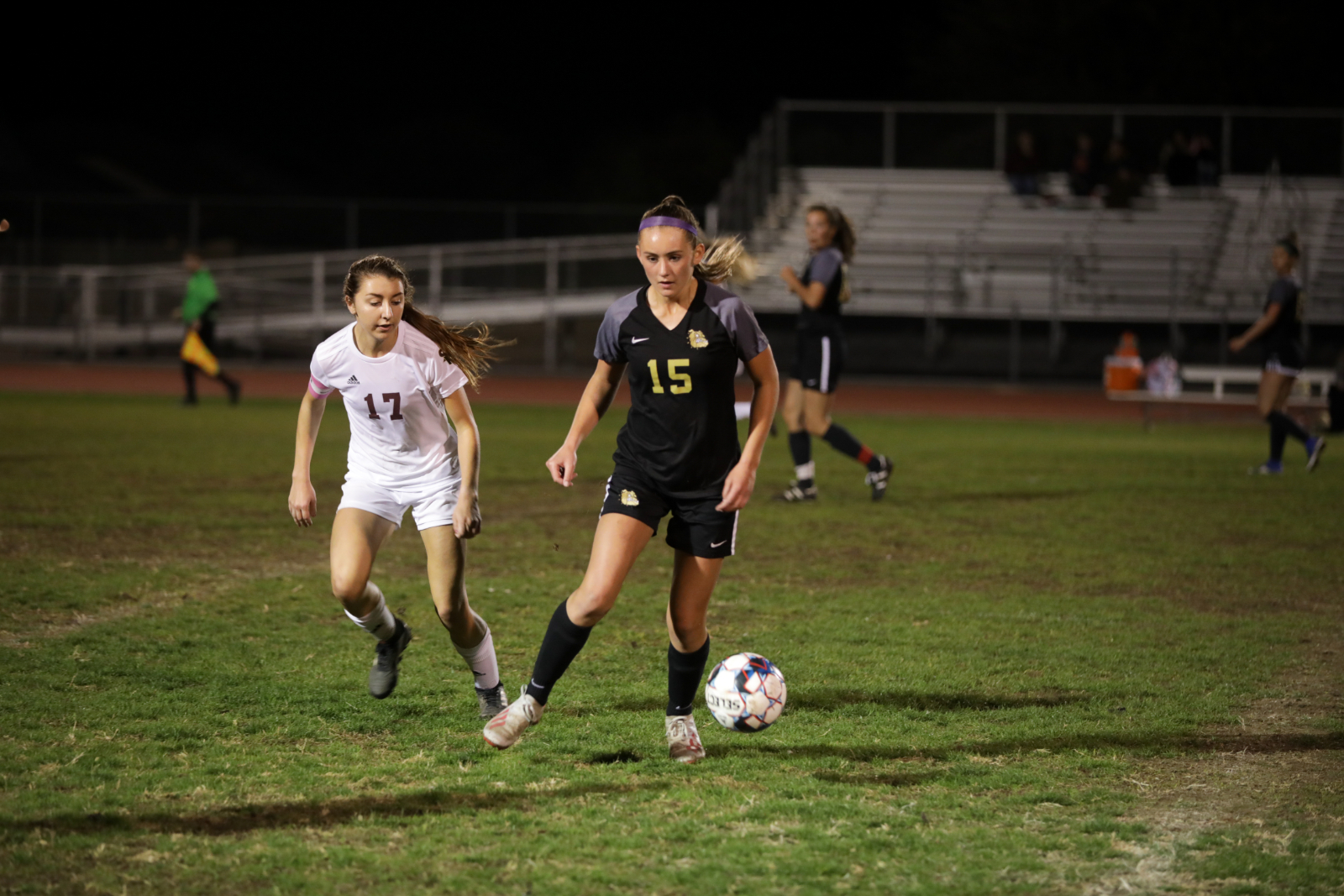 Coach Bogus has over 15 years of high school coaching experience and has also been a college and club soccer coach. As a high school coach, Bogus has led his teams to five sectional championships and after being named Section Coach of the Year in 2014, helped lead Copper Canyon High School to the sate finals. He is excited to continue to grow the girls soccer program at QCHS and provide some stability to a team that has seen four head coaches in just the last seven years.

Bogus hopes to build on that success with his team this year and plans to hand out a Bulldog trophy each week to a player who demonstrates leadership qualities and overall effort on the field.

“There is an amazing amount of mutual respect within the varsity team,” said Bogus. “They all hold each other to very high standards. It does not matter the grade level, they each feed off the focused and dedicated mentality of one another.”

As a team, the Bulldogs selected three captains to lead this year’s squad—juniors Sophia Wood and Taylor Prigge and sophomore Raegan Richardson.

“Sophia was a captain in previous seasons and as a new coach to the program I understand why,” said Bogus. “She is extremely focused and a talented soccer player. She does not say a lot, but when she does the team listens. She anchors the defensive third of the pitch.”

“Taylor is a high-level goalkeeper, who has been welcomed with open arms to the high school program,” said Bogus. “She previously competed in club soccer during the high school winter season with the Utah Royals Development Academy.”

“Raegan plays in the center midfield and has a very high skill set and player IQ,” said Bogus. “She leads by example and encourages others to do the same. Her abilities will help us both defensively and offensively.”

This year’s roster also returns four seniors and for them, the opportunity to play this season is a blessing.

“We have four seniors this year and I am very happy they get to compete for their campus and community after years of hard work and dedication leading up to this season,” said Bogus. “The importance of athletics to help students stay focused, set goals and maintain a positive mindset cannot be understated.”

Coach Bogus hopes to be able to create a culture of family within the QCHS girls soccer program and learn to play to each athlete’s strengths and weaknesses.

“Some players will be asked to get out of their comfort zone in regards to their club soccer positions,” said Bogus. “We are also in the process of learning a new formation. The goals this year are to be competitive in every match regardless of our opponent.”

The Bulldogs will play their first region opponent Corona del Sol tonight at 6 PM. The game will be recorded on the Bulldog Vision TV YouTube page and can be seen within an hour after the game. Make sure to follow our social media sites and athletic website for more information throughout the season.