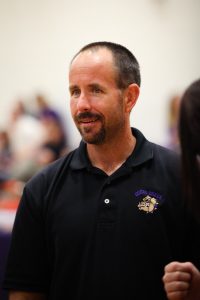 This is Coach Rhone’s 18th year teaching at Queen Creek High School. He has also been involved in coaching softball, basketball and badminton for over 10 years. He has also helped coach boys volleyball. He is a native of Arizona and has seen a lot of change in the Queen Creek area since living here.

Coach Rhone is married with four children. He has a degree in Education from Ottawa University and a Master’s in Physical Education from Arizona State University. In his free time he enjoys being with his family, watching sports and running. 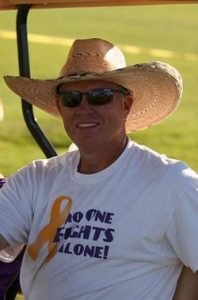 Coach Shaun Hardt has been coaching cross country and track & field at QCHS for over 10 years and has taught biology for over five. He graduated from Payson High School in 1983 as a four-year letterman in football, basketball, track and baseball. He holds the school record in the mile and was a member of the 1982 state champion football team. He graduated from NAU with a bachelors in elementary education while also playing football and receiving honors. He then went on to complete his masters in educational administration and supervision from the University of Phoenix.

As a coach at QC, he’s won the state championship in track & field 10 times, seven for girls and three for boys. He’s been selected as Coach of the Year for both basketball and track and also serves as the Boys Selection Chair and Head Coach for the Arizona All Star Track Team.

He has been married for over 25 years and has six children, three girls and three boys. Three of them have received DI college scholarships for track and field. He also breaks horses and likes to rope. He enjoys fishing, hunting, spending time with his family and serving in his church. He is a fifth generation Arizonan. 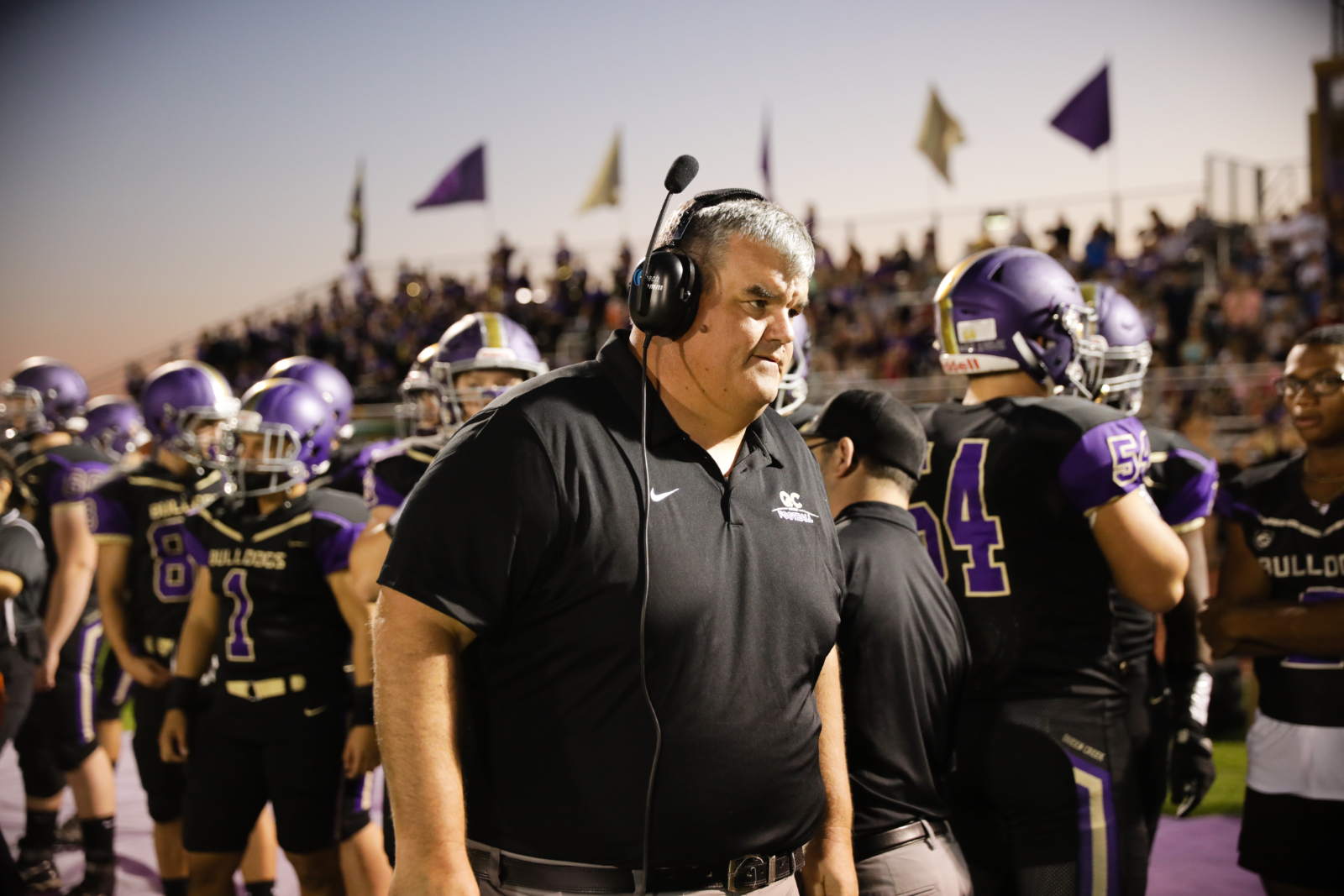 Coach Travis Schureman is back at the helm of the Queen Creek football program and is excited to be back.
Born and raised in Arizona, Schureman attended Mountain View Mesa in high school. He was an offensive lineman on the 1993 Toros team that won the state championship.
After serving a church mission, Schureman came back home and signed on to play for Scottsdale Community College. After a year and a half as an artichoke, Schureman headed east to Arkansas to become a boll weevil at the University of Arkansas at Monticello.
Travis returned to Arizona and began his coaching career in 2001 at Westwood and has been coaching ever since. He started at Queen Creek in 2010 and was an assistant coach to fellow Toro Joe Germaine, until taking over the program in 2013. A year after winning the school’s first football championship, Schureman had big shoes to fill. In his inaugural season as head coach, Schureman led the Bulldogs to an 11-3 record and a state runner-up finish.
In his six years as head coach from 2013-2018, Schureman’s record was 57-15 (.790). He led the Bulldogs to one final, two state semifinals and two quarterfinal appearances in his first five years. In his last year in 2018, Queen Creek was moved up to 6A with a tough schedule and a new learning curve. During that year, the Bulldogs still had a winning record at 7-4 and made it into the 6A state playoffs as the #7 seed.
After that year, Schureman stepped down to focus on his family and work, and the Bulldogs welcomed back Germaine for 2019 and 2020. Now a big-time contender in 6A, Schureman is ready to get back to work.
“I’m so excited to be able to work with the young men that we have,” said Schureman. “We have a great group of young men at Queen Creek. I’ve enjoyed my time being a coach here and being able to work with the families here is a great draw. I’m excited to get back to work.”
Schureman is also happy to continue coaching his son, Griffin, who will be a junior this upcoming season. His two daughters, Kenadee and Brynlee, are both QCHS graduates. Schureman has been married to his wife, Corree, for 24 years in November.
Contact: Email- travis@projectexploration.com
Golf Head Coach- Leo Maes 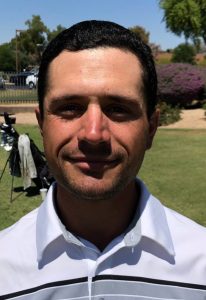 Coach Maes is in his second year as the Queen Creek High School golf coach. Coach Maes grew up in Chandler, AZ and has been coaching high school golf for the past seven years. For the three years prior to being at Queen Creek, he was the assistant coach for the men’s and women’s golf teams at Mesa Community College. He is currently also the head golf coach at Glendale Community College. Coach Maes says “he loves teaching and coaching the game of golf at any level”.

“We have a saying within the program which is, plan the work and work the plan. We plan out our goals and stick to the plan on how to achieve these goals. Our weakness is time. We are only a year and half into building this program. The players and families have bought into our vision and we just have to stay patient.” 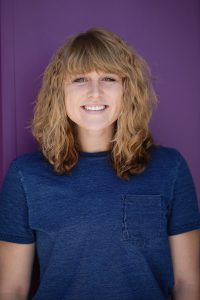 Coach Moore has danced since she was young and was in a competition dance studio until she was 14 or 15 and then decided to put her focus into ballet. She spent 2.5 years at a pre-professional ballet school in Seattle. She also trained at Ballet Arizona for two years and performed in some professional ballets. After that she fell in love with teaching dance at an orphanage in Mexico and got her degree in dance education from ASU.

She has worked a lot with high school aged students and teaches at the Arizona Dance Studio, but this is her first time as a high school coach. She is in her second year as the pom head coach at QCHS.

“I’m really looking forward to helping the dancers set and reach their goals. That is the most exciting part of teaching and coaching in general. The girls here have awesome goals regarding technique and performance and are really motivated and love to dance.” 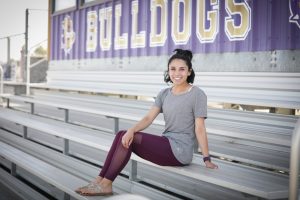 Coach Bint was born and raised in Queen Creek, Arizona. She was a cheerleader for 12 years, starting at Queen Creek Middle School. She then attended Queen Creek High school and went on to cheer at Northern Arizona University, where she received her bachelors degree in Sociology with a minor in Criminal Justice. This year will be her 11th year coaching and second at Queen Creek.
“I could not be more honored to be coaching the program I was once in. I am excited to be giving these athletes a coach who has not only been through this program, but to give them the experience I had as a Queen Creek High cheerleader.”
Coach Bint has been married to her husband for two years and just recently moved back to the valley from Michigan. 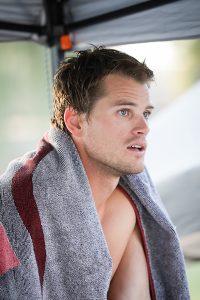 Bear grew up in Arizona where he swam both in club and in high school at Mesa High. He swam in the state meet all four years of high school and still holds school records at Mesa High and Viewmont High. After high school, he left for a two-year LDS Mission to Germany and Switzerland.  When he returned from his mission he married his wife Tycee (who is also a swimmer) and attended school at Arizona State University.  There he competed on the swim and triathlon teams while earning his Bachelor’s degree in Kinesiology.  Bear and Tycee have been married eight years and have four beautiful children.  Their daughter, Berlyn, loves to swim as well.  They also have three sons-Bridger, Boston and Bruin.  Bear has over 10 years of teaching and coaching experience with swimmers of all ages, from teaching at Aqua-Tots to coaching at Mesa Aquatics Club.  He loves everything to do with swimming and continually seeks to improve not only as a swimmer but as a coach as well.  He enjoys watching swimmers improve and helping them to reach their goals.
Tyler Nelson-Assistant Coach
Jackie Ray- Assistant Coach
Dive Head Coach- Sarah Crosby 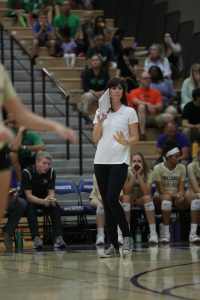 Playing career: Coach Crismon played four years at Brigham Young University on a full-ride scholarship. She played outside hitter for two years and opposite for two years. She won Mountain West Conference Honors all four years of play. She helped lead her team to the Elite 8 her senior year, where she won All-American Honorable Mention. She went straight from that senior season to playing professional volleyball overseas. She played a season in Puerto Rico, playing for the Vaqueras in Bayamon (2008). Then she played for VCW in Wiesbaden, Germany (2009), Pallokarhut in Kuusamo, Finland (2010) and then back to Puerto Rico to play for the Valencianas of Juncos (2011).

Coaching career: Coach Crismon has always been a student of the game. She started coaching camps in college, spending her summers coaching for Gold Medal Squared all over the nation. After her professional playing career, she moved to Arizona to coach college. She coached as the volunteer assistant at Arizona State University for Jason Watson (2011). During that time, she also coached club at Club Red (13’s and 17’s age group). She spent a year coaching at Seton Catholic High School, where they won the state championship. After that, she spent 4 years right here at Queen Creek High School. Alongside coaching the girls, she started the boys volleyball program. After spending the 2015 season as an assistant coach at Arizona State University, she returned to Queen Creek to coach the girls to the State Championship match in 2017. In 2018, the girls moved up to 6A and returned to the state playoffs. 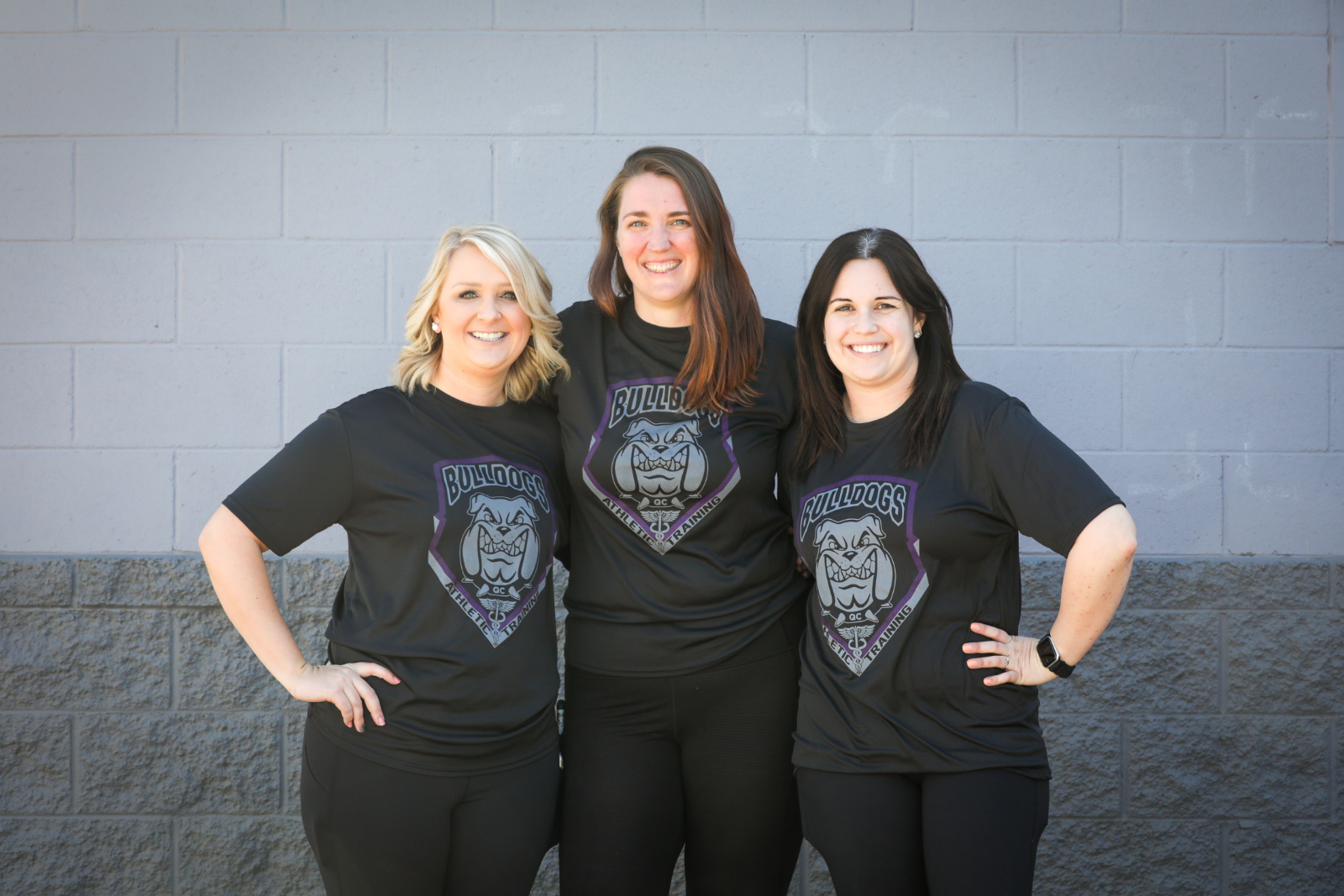 Amy Shipp (middle)
Amy has been a Certified and Licensed Athletic Trainer since 2012. She worked at ASU during her undergrad through NAU, working mainly with the wrestling and softball teams. Once graduated, she got a job as the assistant athletic trainer at Basha High School. She worked at Basha for four years and then went to Casteel for one year. She has been at Queen Creek for the last four years.
“I love the community here at QCHS. There have been times where the community has felt like family and my family has been welcomed without hesitation.  Also, I love working with the students. Because of my role I get to know the athletes in a way their teachers never will. I see the desire, the hopelessness, the passion, the confidence and everything in between that comes with getting an athlete ready to perform again following an injury. It’s my favorite thing to take an athlete from a seemingly career-devastating injury and build them up and work with them to see them excel, confidently, at the sport they love. I truly love what I do here.”
Casey McKay (left)
Casey went to South Dakota State University and graduated in 2014 with her bachelor’s in athletic training She went to AT Still University for her master’s degree and doctorate in athletic training. She has worked at Sierra Linda High School, the Barrow Neurological Institute and found her home at Queen Creek High School, where she has been the last four years.
“My favorite part about working at Queen Creek is the great relationships we have established with our athletes, coaches and parents.”
Dayna Tierney (right)
Dayna has been an athletic trainer for seven years. She spent her first six at Phoenix Christian Prep and this is her first at Queen Creek. She is the sports medicine teacher and also provides extra coverage for sports at the high school and at the junior high schools when needed.
“My favorite thing about being an athletic trainer here at QCHS is getting to work with Casey and Amy and our students. Casey, Amy and I make a great team, and I love getting to work alongside them. I also love getting to work with our students and watch them learn and practice the hands-on skills they learn in the classroom. Watching the kids grow and learn is by far the best part of the job!”