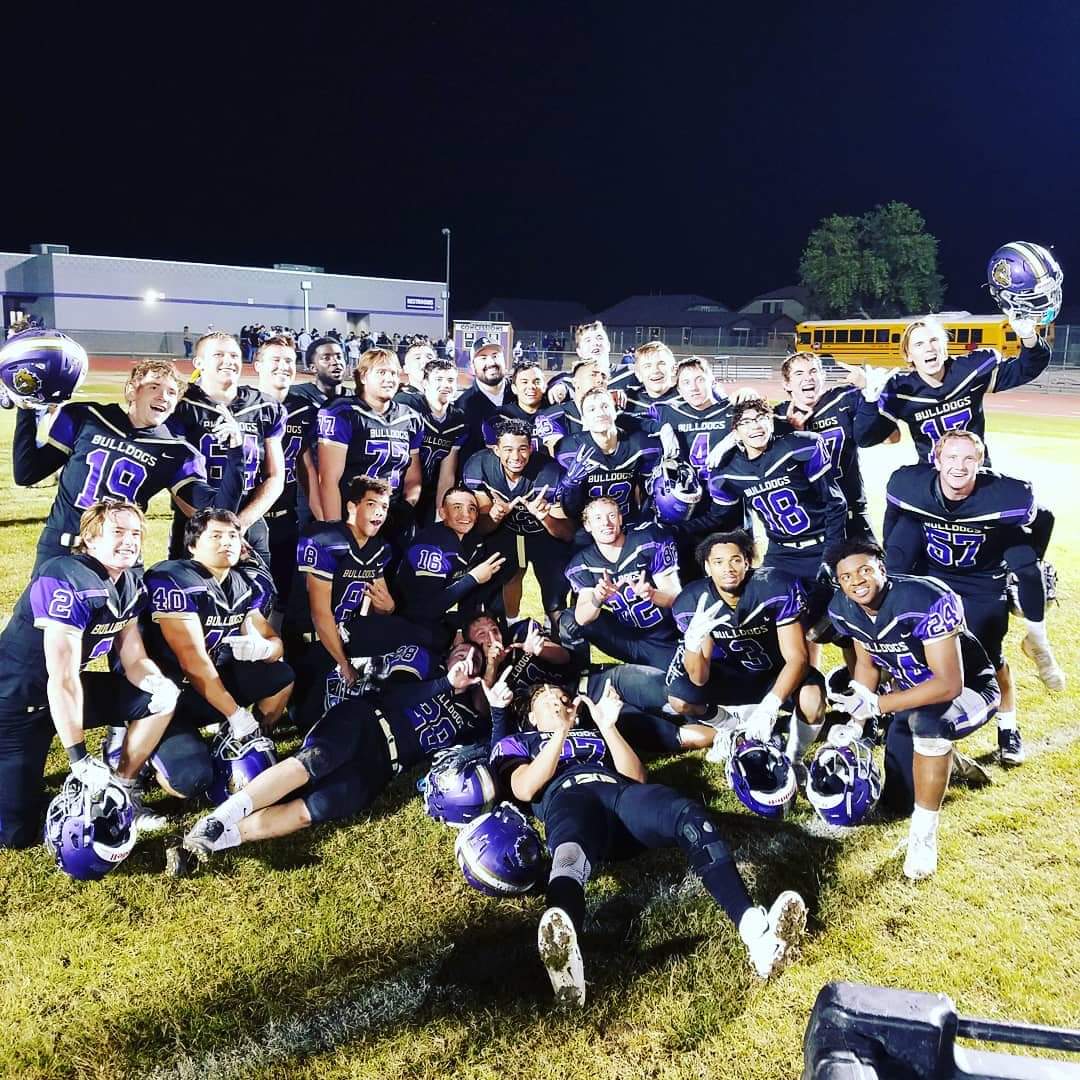 After some disappointing losses in region play the last few weeks, the Bulldogs really needed a win heading into the state tournament.

“Overall it was a great performance tonight,” said head coach Joe Germaine. “We played one of our best games of the year and what’s nice about it is we got down early, but we kept our poise and we fought back. We showed some resiliency which I was really encouraged to see.”

Desert Vista scored on its first drive pretty easily, but Queen Creek returned the favor on a scoring drive of its own. The offensive line opened up the running game for the Bulldogs and then quarterback Devin Brown connected with Hunter Barth for a long pass that brought the team into the red zone. Brown’s next pass found Jared Bosworth in the back of the end zone for the score.

The Thunder scored two more touchdowns in the half before Queen Creek put points on the board again. This time Brown found Keshaun Calip in the end zone for a 15-yd reception. The PAT cut the lead to 21-14 with just 16 seconds left in the half.

The Bulldogs received the ball to start the second half and thanks to a big run from Jace Bond and a 15-yd reception from Trey Reynolds, QC tied the game up at 21-21.

A play later, Krew Jackson recovered a Thunder fumble and the turnover led to another Queen Creek touchdown. Brown found Dayson Coleman to seal the 19-yard scoring drive, before Zane Kaupe rushed for the 2-pt conversion.

Desert Vista replied with a touchdown and two-point conversion of its own, but those would be the only points the Bulldog defense would allow in the second half.

Queen Creek scored two more touchdowns to secure the victory. The first was a 22-yd rushing TD from Payton Barlow, and the second was a 75-yd receiving TD from Bond.

“All I thought was ‘catch the ball and turn and run’, said Bond. “I saw four blockers down field and I hoped they wouldn’t hit me and then I just took off.”

Senior Bond said it felt great to finally get a win on senior night, which hasn’t happened for the Bulldogs in seven years.

“I’m hoping that we can build off of what we did tonight,” said Germaine. “We’ve had a little bit of a rough stretch the last couple weeks and it was great to see us come back and play the way we did. So hopefully we can take some of that and keep building on it.”

The final seeding and brackets for the state tournament will be announced tomorrow between 8 and 11 a.m. on aia365.com. Check our social media pages for the information as it becomes available.