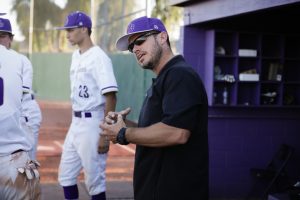 Coach Moreno has been in the Army Reserves for 10 years. He has served three deployments and two to Afghanistan. This is Coach Moreno’s sixth year at the helm of the QC baseball program.  Moreno graduated from Mesa High School and then continued his baseball career at Arizona State before being drafted into the minor league organization with the Cubs. He’s since coached at ASU, Central AZ CC, South Mountain CC and the University of New Orleans.

In his first season back from deployment, Moreno led the Bulldogs to the 5A San Tan Region Championship and was named the San Tan Region Coach of the Year. He was also named The Arizona Republic Coach of the Year in 2017. In 2018, the team made it to the state quarterfinals and finished with a record of 21-9. in 2019, the Bulldogs upset higher seed Chaparral in the state play-in game and earned their way into the 6A state playoffs. Last year, his team was sporting an undefeated 8-0 record prior to the pandemic shutdown. 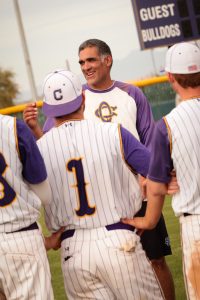 Drew Ramirez has been good friends with Moreno since they coached at Central Arizona College together under Clint Myers.

“Mikel asked me to come with him, so if he got deployed there would always be a coach,” Ramirez said in an article in AZ Central. “Mikel and I have been coaching together on and off for about 20 years. We both started coaching at Central Arizona College under Clint Myers.  Mikel and I hit it off the first time we met and [have] been best friends ever since. We always introduce each other as brothers. My oldest son is named Mikel and I’m the godfather to his oldest daughter Emmy.”

Ramirez coached the team in 2016 and 2019 while Moreno was deployed. 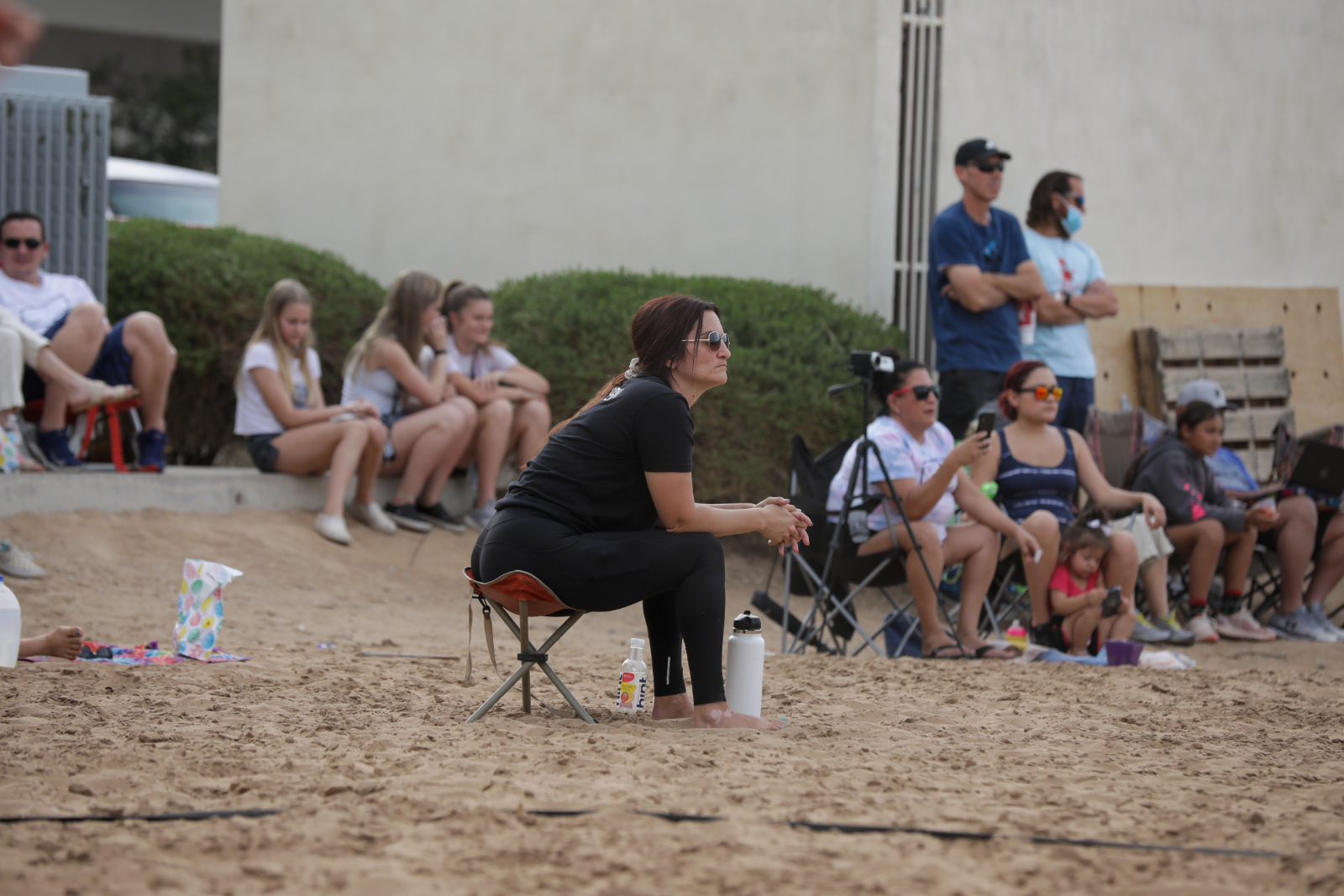 This is Coach Householder’s first year as the QCHS head softball coach.

Coach Fruit is both a first-year tennis coach and chemistry teacher at QCHS. He has been playing tennis for over 13 years and was a state qualifier in the high school tennis in the Wisconsin State Tournament. This is his first year coaching tennis and he is looking forward to building a winning tennis culture at QCHS.

He loves living in Arizona with his wife. He says, “the weather is always great, and I never have to shovel snow off the courts to be able to play. As the tennis coach, I want students to compete at a high level but also develop a love for the game that can be enjoyed for life.” 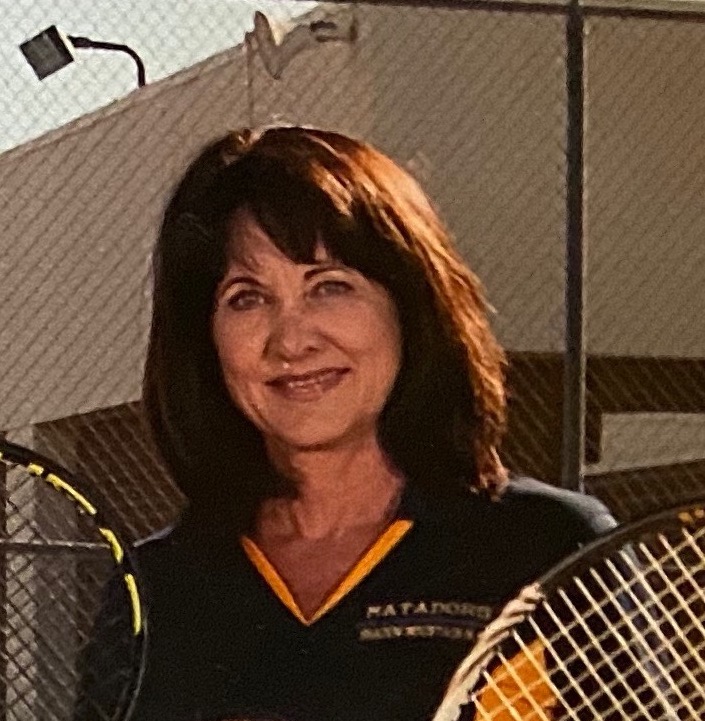 Coach Tamma Murphy has coached both high school tennis and badminton at Shadow Mountain High School and Paradise Valley High School. She is a former Regional Coach of the Year.
“I have been playing tennis for more than 30 years. I love the sport. When I first got married, my husband moved us nine times in the first 11 years of our marriage. Tennis was my salvation because I would seek out a tennis center and join the leagues. This helped me to establish friendships quickly and get settled i new communities. To this day I am still in touch with many women across the country that I formed wonderful friendships with on and off the court. I love winning, but my priorities are to help these young ladies to build confidence and character, to develop their skills, and most of all, to love the game.”
Coach Murphy is also the Film & TV teacher at QCHS in the career and technical education department.
Contact: tmurphy@qcusd.org
Track & Field Head Coach- Shaun Hardt 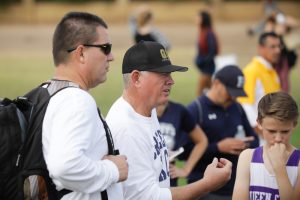 Coach Shaun Hardt has been coaching cross country and track & field at QCHS for over 10 years and has taught biology for over five. He graduated from Payson High School in 1983 as a four-year letterman in football, basketball, track and baseball. He holds the school record in the mile and was a member of the 1982 state champion football team. He graduated from NAU with a bachelors in elementary education while also playing football and receiving honors. He then went on to complete his masters in educational administration and supervision from the University of Phoenix.

As a coach at QC, he’s won the state championship in track & field 10 times, seven for girls and three for boys. He’s been selected as Coach of the Year for both basketball and track and also serves as the Boys Selection Chair and Head Coach for the Arizona All Star Track Team.

He has been married for over 25 years and has six children, three girls and three boys. Three of them have received DI college scholarships for track and field. He also breaks horses and likes to rope. He enjoys fishing, hunting, spending time with his family and serving in his church. He is a fifth generation Arizonan.

This is Coach Pacheco’s second year as the head coach of the boys volleyball team. He has been playing volleyball for over 15 years and started in high school in his hometown of Los Angeles, California. He has been coaching for over five years and has experience at the high school level with Campo Verde High School and Mesa High School, as well as at the club level with Club Molten and Club Altitude.

Coach Pacheco is married and has three boys. He is also an active member of the United States Army National Guard.